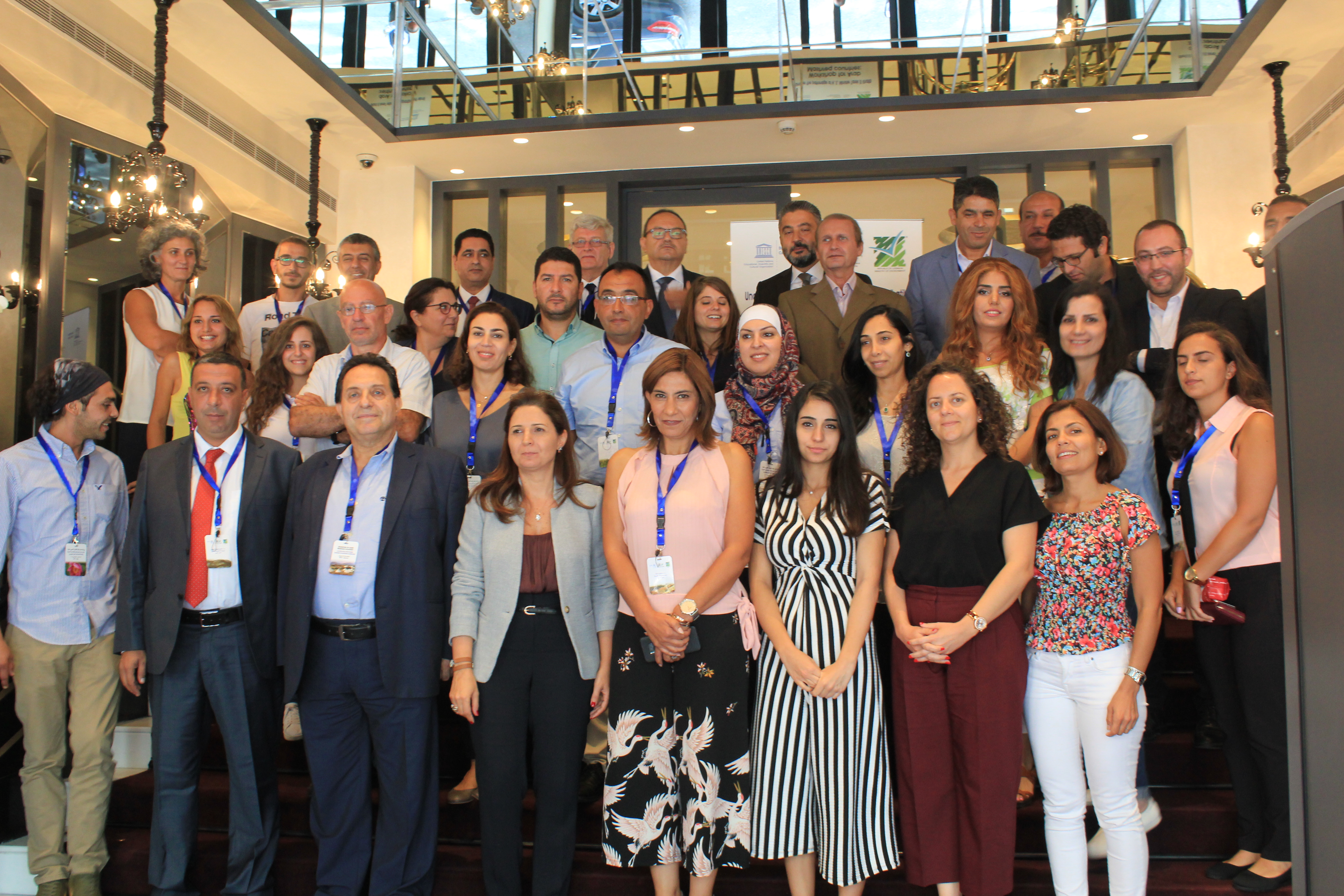 UNESCO Regional Office for Science in the Arab Region launched its biennium initiative towards ensuring inclusive planning within and beyond UNESCO designated sites in the Arab region. The workshop was held under the patronage of the Lebanese Minister of Environment and in the presence of Dr. Tala Zein- Secretary General of the National Commission of Education, Science and Culture in Lebanon (NATCOM-Lebanon). The opening speeches made by Dr. Hamed El Hammami- Director of UNESCO Regional Office for Education in the Arab Region in Beirut (UBO) and Dr. Ghaith Fariz- Director of the UNESCO Regional Office for Science in the Arab States in Cairo (UCO), highlighted the role of UNESCO Biosphere Reserves in Education and Sciences, biodiversity conservation and sustainable development. The workshop dedicated for the Mashreq countries is the first in a series of sub-regional workshops, was organized in close collaboration with UBO and NATCOM- Lebanon.

The sub-regional event brought together around fifty participants representing United Nations agencies and International organizations; National Council for Scientific Research, Directorate General for Urban Planning, Order of Architects and Engineers; as well as communities formed around Biosphere Reserves (BRs) from countries of the Mashreq region including BRs managers, municipalities, private sector and volunteers. Dr. Ghaith Fariz presented a keynote introducing the role of UNESCO Man and Biosphere Programme in the implementation of Sustainable Development Goals (SDGs) 2030 and the importance of knowledge in sustainable development and in SDGs 2030 effective implementation. The first session invited international Organizations namely ESCWA, FAO, ICARDA and UNDP to present their national and regional activities linking biodiversity conservation to SDGs 2030.

The second part of the workshop opened the ground for BRs managers from Egypt, Jordan, Lebanon, Palestine and Syria, to highlight the important role of those sites in leveraging the livelihood of local communities, ensuring an enabling environment for sustainable development and providing materials for innovation in research, education and awareness. BRs managers exposed in details their Management plans and their linkages to MEAs-Biodiversity cluster and SDGs 2030. BRs of Wadi Allaqi and Omayed in Egypt, Wadi Mujib and Dana in Jordan, Jabal Moussa and Shouf in Lebanon, Lajat in Syria and the potential site of Um Ruman in Palestine were presented. The session brought up to the front the agreement made by scientists and scholars from all over the world during the international Symposium on Ecological Restoration held in Kuwait in November 2017, that BRs constitute hubs for gene and seed preservation of native plants, local varieties and landraces in arid and semi-arid regions. The event initiated discussion aiming at setting the path for the development of a general framework to mainstream SDGs 2030 and MEAs-Biodiversity cluster into national policies, action plans and strategies for biodiversity conservation and natural resources management.

At the end of the workshop, participants reiterated the crucial role of UNESCO designated sites in the conservation of the countries’ biodiversity as well as social and cultural heritage. They agreed to distill further the concept of the implementation of inclusive planning within and beyond BRs in their respective countries, based on the nature of governance of biodiversity conservation as well as ways to strengthen social capital.